It's NaPoWriMo again this month so I'm having a go and these are the first two efforts since I didn't get round to posting yesterday: 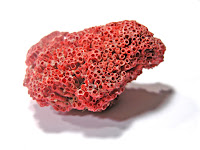 
April 2nd
Family portrait is the theme.  This too has had little in the way of revising, so I'll keep it on file, as it were, for further examination later.

Early on mashed banana in porridge
you moved on to fish fingers even though
I wanted you to eat healthy meanwhile nursery
forgot you were off dairy products for two weeks
one mistake plenty of mistakes on
my part too ...

Caveat: ill-health, forgetfulness, lack of creativity, or life - in that order - may stop me posting a new one each day!
Posted by MoiraG at 12:37