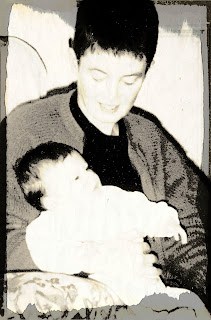 Hmm. Getting a poem down today, Day 9 of NaPorWriMo, was more of a struggle. The Poetry School prompt is: a response poem - argue against, agree with, re-write, or converse with someone else’s poem.
I have been inspired by a poem by Becky Cherriman, amongst other things a poet and writer, who lives in the same northern English city as me.  The poem is called All Princes were Monsters Once, and is in her pamphlet Echolocation, published by Mother’s Milk Books. Having roughly followed the original pattern/form I then cut most of it, used part of what was left, and added something to the end.
I’ve enjoyed posting my complete poems on the Campus part of the Poetry School site, making and receiving comments there.

Another year, now
he’s more than my size, measures
up, way beyond me in Maths.

I have grown older
like a trunk lop-sided...
Posted by MoiraG at 20:51