I knew my first publication had been at secondary school. One of my schools - there were four between the ages of 11 and 18 - was the British Army run school, St. George's, in colonial Hong Kong, 1961-64, in my early teens. Thanks to social media, and John Sings, who had a copy of the relevant Georgian Chronicles, I now have my own copies of the two pieces that were accepted into the school magazine.

Below is the first one, written when I was 14 or 15. My imagination obviously went back to the days I had spent in UK winters, though I have no recollection at all of writing it.  I suspect it was written in response to press reports of the 1962-3 harsh UK winter ... 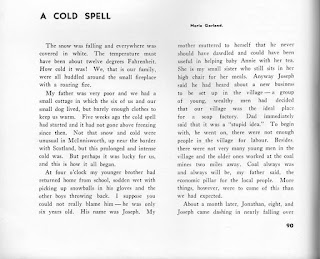 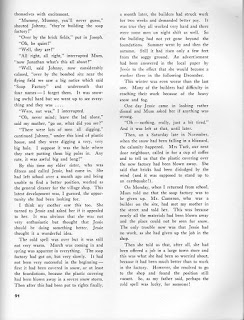 ... and reads almost like a traditional fairy tale.  Enjoy!
Posted by MoiraG at 14:41