A poem of mine, centred around a historical massacre in York, appears in The North (issue 56), a journal I subscribe to and which is highly regarded in the poetry world. It will be my first poetry print publication. Look for Seeing Bluebells beneath Clifford's Tower, York. (You can see the first few lines of this on my April 25th post)

Writing prose has also continued.  I await with bated breath the result of a submission to Mothers Milk Books, an independent UK press who have already published two great short story collections entitled The Forgotten and the Fantastical.  Quite used to rejections - and see them as a mark of my continuing to write, and write more - I have high hopes of this one, the first time I have tried a modern fairy tale! 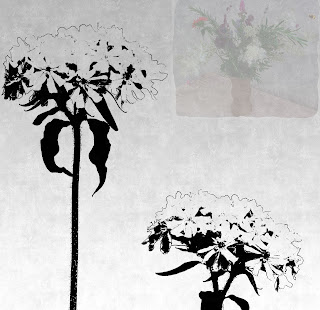 Harvesting this summer has not taken up much of my time, the summer being so on and off - the weather that is. Runner beans, gooseberries and young raspberry plants have yielded little.  Only the previously mentioned blackcurrants were undaunted by the late frost. At least this year I've had the pleasure of seeing the ornamentals flourish, giving more colour. Cut flowers are the plan for next season.